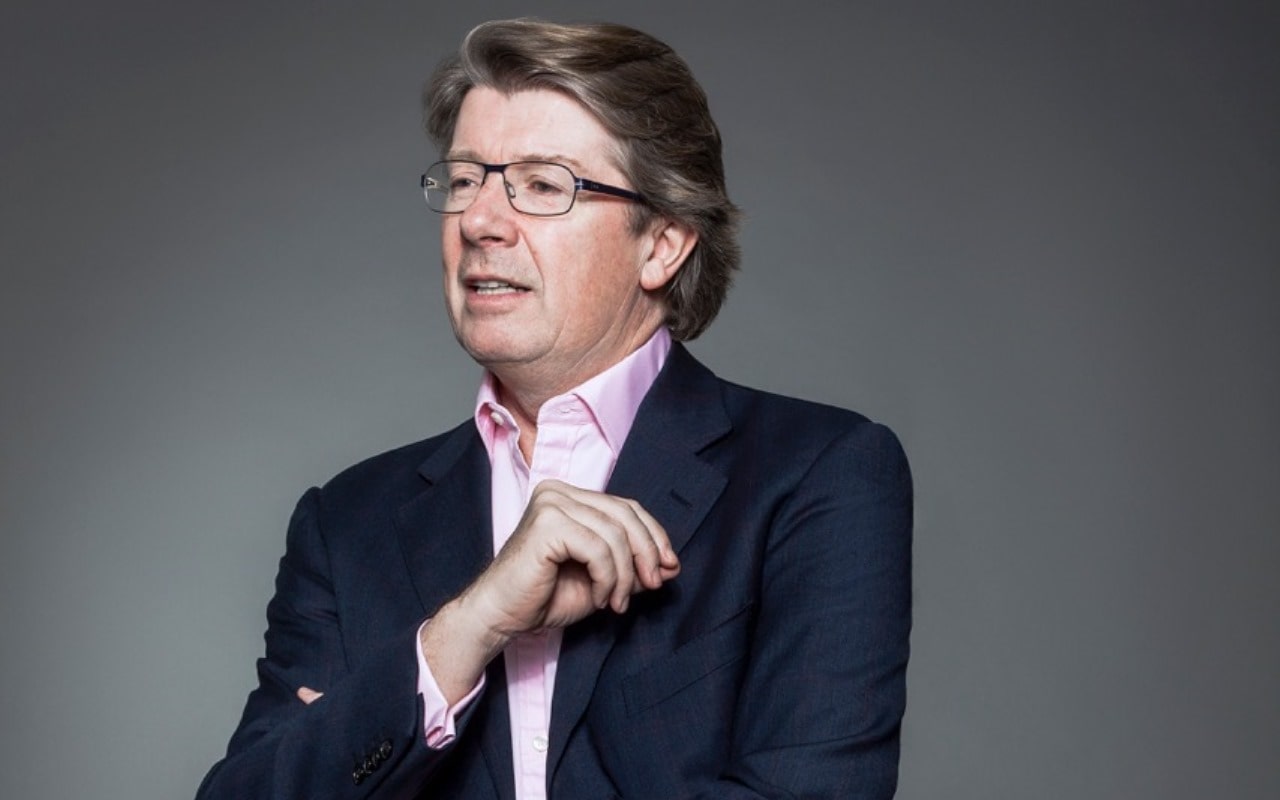 What did you want to do when you were growing up?

I wanted to be a professional footballer, but unfortunately the lack of talent came to the surface fairly early in my football career and persuaded me that I probably needed to follow something that was a bit closer to working in an office and further away from a football field.

When it came to making my career choices I decided on a business studies degree at Nottingham Trent University and used that as a platform to go into what ended up being the marketing, advertising and media industry.

When and why did you join the marketing profession?

I originally joined the profession in the early 1980s because my close friend at the time had left uni a year ahead of me and had joined an advertising agency in London. He seemed to be having a fantastic time and getting paid a nice salary and attending wonderful events and parties. I thought it sounded like a very fun industry to be part of and thought ‘I’ll have a bit of that’.

Do you think it’s a profession that is still known for those attributes?

I think it has changed over the years and probably for the better. The level of professionalism in the industry and in the agency sector in particular has grown significantly and as a result, some of the Don Draper-Mad Men advertising days are behind us and that’s probably a good thing. Having said that, I still believe that as a profession, as marketing, advertising and media have become more blended with the technology sector, it is still right on the cutting edge of some of the most interesting thinking and work. I would have no hesitation in suggesting to any of my three children that it’s an industry they could both have an interesting and stimulating career in, but also find themselves working in a fun, creative environment.

Who is your marketing hero and why?

Over the years I’ve had two or three people that I would say were my mentors. It started with my first boss who was a man called Brian Francis and he was an outstanding creative entrepreneur who really taught me a great deal about the importance of relationships in business and connecting with people and connecting with them on a very human level as well as on a professional level.

The second one would be George Simko who was my first boss from America at the agency D'Arcy Masius Benton & Bowles. George was the person who really taught me the importance of not just being creatively excellent, but being commercially excellent in agency life.

Sadly both George and Brian have passed away, but both of them made a lasting impact on me. The third would be Maurice Levy. Maurice was my boss when I was at Publicis. He bought the company when I was at Publicis and he was perhaps the greatest influence when it came to blending the importance of people with the importance of commerciality in a creative environment. He also brought a wonderful dash of Gallic flair and humour to business which is something I’ve found can be enormously helpful in diffusing difficult situations.

In your long and distinguished marketing career, what has been your most significant achievement?

Leading the creation of the culture at IMP which was my first major agency and was the number one promotions and direct marketing agency in the UK in the late 80s and early 90s. That in itself was endorsement of the agency's success, but what was the real endorsement was the culture within that organisation which I was really proud of, where the people who worked there were unbelievably driven and motivated. Many of them have gone on to become heads of their own agencies and done amazing things.

What are the major challenges facing marketing professionals today?

The biggest challenge is to stay contemporary with the fast changing environment and in particular with the changes in technology and its role in marketing services. Nowadays creativity is as much about understanding technology and the routes to market as it is about ideas. For marketing professionals and people coming into the business, being able to be facile both in creativity in the classic sense of idea development and strategy, but also being able to understand how to apply that creativity in different technologies and media channels is key. That’s at the nub of being successful in the industry today. It’s a rapidly changing environment that puts great demands on people, but at the same time it’s an environment that is incredibly stimulating if you’ve got that type of mindset.

When and why did you join the Worshipful Company of Marketors?

I’ve been a member of the Marketors for over five years. The reason I joined the Marketors was because of Andrew Marsden, a past Master of the company. He recommended it to me as an organisation I would both enjoy and would get value from, and over time would be in a position to contribute to. This was a personal recommendation by someone I respect and someone whose company I enjoy and that’s what got me involved in the first place. As I learned more about the Marketors, the thing what intrigued me was the whole new City of London-based world and these dimensions compared to the West End world that I was used to.

What role do you see the Marketors playing in the City?

I see the Marketors continuing to do what they’ve done historically, only hopefully better and better. There are a couple of dimensions to what the Marketors do. They contribute greatly in terms of supporting and working with a whole variety of charitable and worthy causes that need marketing support, advice and guidance. The outreach programme that the Marketors run contributes thousands of hours of valuable support which those organisations wouldn’t otherwise be able to access.

We continue to have a very positive relationship with the military affiliates the company has worked with over the years. That’s a worthy tradition I hope will continue. We have a very close connection with the Lord Mayor of  the City of London. We will continue to focus on the areas that we have traditionally been involved with, but I hope over the coming years we become even more sharply focused on doing all of those things better and better.

Who should consider joining the Marketors and what does the company offer them?

Firstly, I would say from my own personal experience the Company is not just about marketing professionals who either live or work in the City of London. That’s an important bedrock of the company, but what has been very clear to me is that the Company is open and inclusive to people outside of that community and in fact benefits hugely from having people with different backgrounds and experiences to the Company. I’ve brought a very much consumer marketing and agency background to the Company which has taken place outside the City of London and the livery movement, but blended it with the aims that are important to the Company. This includes education, which the Company has made a massive contribution to in terms of supporting the development of marketing professionals through educational grants and most recently the establishment of the Martin Davis Trust.

Being a member of the Marketors is hugely enjoyable and personally rewarding for any senior marketing professional, whether from a client side background, or an agency background, who is looking to give something back to the industry and feel that they have the time and the energy to do that.