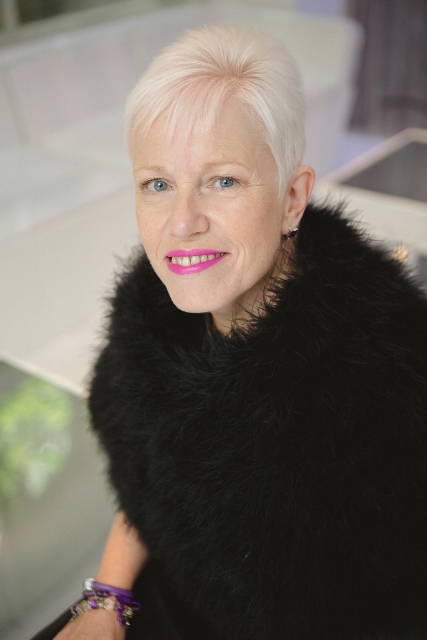 What did you want to do when you were growing up?

I wanted to be a barrister. I loved the theatre of it all. I was a pupil at an all girls grammar school in London and in those days the ‘careers teacher’ also wore another hat. Ours was the history teacher and she told me that it sounded like a marvellous idea because I was good at English, drama and history and she was sure I would love studying law at university. By the time I was 16 I was disillusioned with school and didn’t want to study any longer or go to university, much to my parents’ dismay. However I redeemed myself when I took myself off for an interview and landed a job at the Bank of England.

When and why did you join the marketing profession?

In 1987 my mother died. To try to deal with the grief I took myself off for a three-month trip around the world. When I came back I had to find myself a job. I ‘fell into’ marketing with a role working with the Advertising and Direct Marketing Manager of Rank Xerox UK. I absolutely loved the environment. I loved the work and the social life! I was then poached from that role by one of our agencies and that next move to a small agency was a great springboard for my career. The agency supported me as I studied and gained the British Direct Marketing Association Diploma (now the Institute of Direct & Digital Marketing). I also learnt so much from the people I was working with who had all worked in large agencies or on the client side of marketing. It was a fabulous time of learning for me at the beginning of my marketing career.

Who is your marketing hero and why?

Judith Donovan CBE. When I started my career in 1987 Judith was already a household name within the world of direct marketing. A rarity for a woman at that time. She was one of the first successful female entrepreneurs from Yorkshire who founded and ran her thriving direct marketing agency (JDA) from its inception in 1982 until its profitable sale in 2000. She was one of the tutors when I did the BDMA course and I admired her down-to-earth (Yorkshire!) approach to any marketing challenge. She has also been voted ‘Yorkshire Woman of the Year’ and ‘Yorkshire Business Woman of the Year’. I am now proud to call her a friend as she is also a member of the Marketors.

In your long and distinguished marketing career what has been your most significant achievement?

One of my most enjoyable (and significant) achievements was working with Dame Zandra Rhodes on a sub-brand to her own Zandra Rhodes brand – My Favourite Dress. This was when my business partner and I were running our branding consultancy, Snog The Agency. Zandra had not long opened the Fashion & Textile Museum as a charity and wanted ideas on fundraising. We stepped in and worked with her on the sub brand which culminated in a charity ball in conjunction with the children’s charity, The Rainbow Trust. The ‘My Favourite Dress Ball’ was held at The Hurlingham Club with a bevvy of celebrities and raised an amazing £100,000 for the two charities.

In your view, what are the major challenges facing marketing professionals today?

Keeping up with the technological changes which are taking place at a rate of knots. However those that can embrace changing technology and understand how it can benefit their (or the client’s) business will be the winners in the long term. The other perennial challenge is to make sure that marketing is at the top of the agenda in the board room. Marketing, sales and human resource departments need to step out of their silos and work together. A business that embraces marketing is a successful business. Just ask Apple or Microsoft.

When and why did you join the Worshipful Company of Marketors?

I joined in 2011. My friend Court Assistant Jane Wharam had introduced me to the company and I’d been to several events. However I didn’t want to join until I could commit time and become involved. I didn’t want to just join and then do nothing. When I realized I didn’t have to come in ‘all guns blazing’ I thought yes this is the right time for me and I started off by simply joining the Events Committee as an Event Director. Being a ‘born and bred’ Londoner it was an incredibly proud moment for me when I was installed in the company and subsequently when I became a Freeman of the City of London and then a Liveryman and a Court Assistant.

What role do you see the Marketors playing in the City?

As one of the modern livery companies I see the Marketors bringing so much business acumen and experience to the City. We are very mindful of our Company Aims in this respect, which are to support the Mayoralty and the City of London and to support a range of not for profit organisations (including our military affiliations) which the company does with its donation of many hours of pro bono work. I believe that the livery companies have more relevance than ever in the City of London because there is so much diversity and experience within the Livery in the 21st century. I am also on a mission to introduce the Livery to more women. Many of whom don’t even know they can be a part of it.

In your opinion who should consider joining the Company and what does Livery offer?

Anyone with a deep-rooted marketing background who feels they are now in a position to give something back to the profession that has been so good to them.

From my point of view the Livery has given me so much and I hope I have returned the favour! I have made some lovely friends. I have worked in the company with some incredible brains who I have learnt from. I’ve had the opportunity to work with some wonderful people through the Outreach programme. Although I’m a 21st century woman I am always delighted by the traditions and history around the Livery. As the saying goes “without the past there is no future”.

I’ve been to places I wouldn’t have had the opportunity to if I hadn’t been a Liveryman. One of my favourite events each year is the Marketors’ Banquet to the Lord Mayor at the Mansion House in July. No matter how many times one visits the Mansion House it is always special, spectacular and stunning. There have been so many red letter days, however two of my favourite experiences have been climbing to the top of the Elizabeth Tower, walking around the clockface and standing next to Big Ben when it chimed at midday (wearing ear defenders of course!) and a once-in-a-lifetime Master’s trip to the wine regions of Chile.