HMS ST ALBANS is a Type 23 frigate of the Royal Navy, the sixteenth and final ship in the ‘Duke’ class of frigates. She is currently undergoing a refit which is expected to be completed in 2023.

Fast, adaptable, and exceptionally well-equipped, HMS ST ALBANS (STAL) is a versatile Type 23 Frigate. Launched in May 2000, she was commissioned in June 2002.

In February 2006, STAL departed on a six-month deployment to the Gulf region where her tasks included protecting Iraqi oil platforms as well as patrol duties in the northern Gulf. By July 2006 she had completed her tour in the Gulf and had begun her long journey back to Portsmouth via the Suez Canal and the eastern Mediterranean. However, on the same day, the conflict between Israel and Lebanon began. As a result, the Ministry of Defence announced that STAL had been redeployed to assist in Operation Highbrow, the evacuation of British citizens trapped in Lebanon picking up 243 evacuees from Beirut and safely transported them to Cyprus. After completing her role in the evacuation, she remained on operational stand-by in the vicinity of Beirut for a short time before resuming her voyage home.

In May 2007, STAL entered a period of maintenance including the installation of a new Type 2087 sonar system and converting the ship so that she could operate Merlin helicopters. 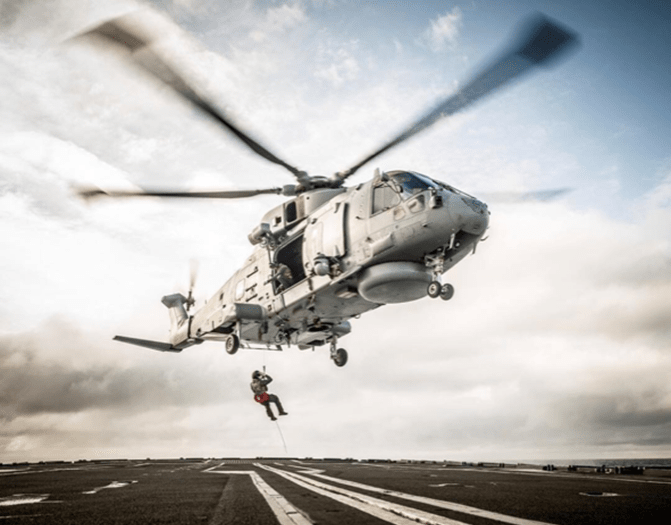 STAL left Portsmouth in January 2009 to conduct maritime security patrols in the Mediterranean. The ship joined a NATO Task Group in the Mediterranean, protecting busy shipping trade routes. STAL was also a part of the rapid-response NATO Response Force..

From February 2010 STAL was deployed in the Gulf to support international efforts in tackling piracy, illegal trafficking, and smuggling. Later in that deployment STAL helped the Iraqi government protect their oil platforms and provide security to ensure regional stability. The Worshipful Company of Marketors became affiliated to HMS STAL in 2011, joining the Worshipful Company of Haberdashers in being affiliated with the ship.

After a period of home duties, a £25m refit was conducted in 2013. It fitted her with the all-electric 'Kryten' 4.5" Mod1 gun and the mid-life upgrade to her Sea Wolf missile system together with a wide range of more detailed improvements.

HMS ST ALBANS re-dedication service was held in Portsmouth in 2014 and the Master, all the Wardens and several Marketors were in attendance. Later, the Ship visited London where Marketors were invited to a capability demonstration and the Master and three other Marketors joined the Ship as she sailed from the Pool of London to Rotterdam and a similar visit was held in 2015 with Marketors on board Marketors for her return to Portsmouth and later they were invited on board to watch the ‘America’s Cup’ races at close quarters..

HMS ST ALBANS left Home Waters on 30th November 2015 for a nine-month operational deployment in the Mediterranean and on Operation Kipion in the Gulf. Whilst crossing the Mediterranean she was involved with the seizure of 320 kg of cocaine a street value of more than £1 million. Two Marketors joined her in Cyprus for her return in August 2016.

In January 2017 she escorted the Russian aircraft carrier Admiral Kuznetsov along the English Channel on the latter's return voyage from Syria to Kola Bay. During February 2017 she conducted the Submarine Command Course off the Norwegian Coast and was then awarded the Fleet Effectiveness Flag. She then went into dry dock 'C' in Portsmouth for most of July 2017. Whilst in dry dock, the band of the Royal Yeomanry played under the keel, attending by several Marketors. She returned to service on 29 August 2017 and was operational north of Scotland where she was "man marking" the Russian carrier Admiral Kuznetsov. From 23 to 25 December, she escorted the Russian frigate Admiral Gorshkov which was conducting sea trials in the North Sea close to UK waters. It was reported in November 2018 that she took part in anti-submarine warfare exercises with nuclear submarine HMS ASTUTE.. 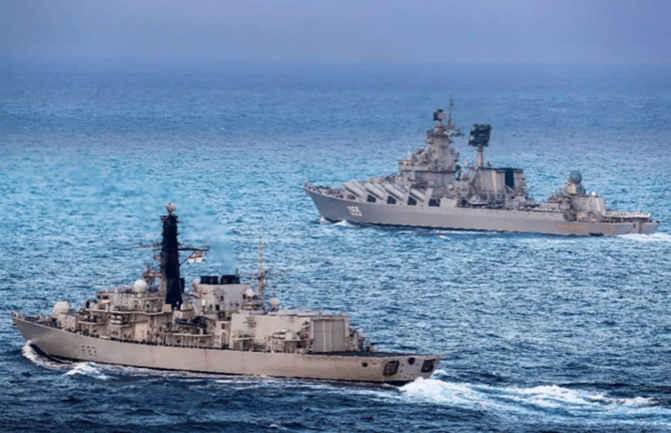 At 1441 on Thursday 25th July 2019, Cdr John Cromie RN, the Commanding Officer of HMS ST ALBANS, gave the order, “Finished with Main Engines. Thank you ST ALBANS” and she was gently placed alongside in HMNB Devonport by SD Careful and SD Forceful, her new home for the future and for her extensive refit.

In excess of 40 major equipment upgrades are planned during this upkeep period. The propulsion and power generation systems will be upgraded with overhauled propulsion motors and the main diesel generators renewed. In addition, other upgrades include: the latest surface to air missile system; the main communications suite; the combat system and the main search SONAR. Medical facilities, the galley and habitability upgrades for the Ships’ staff are also included in the refit package.

Notwithstanding these and other system upgrades, structurally the ship will be stripped bare and rebuilt to breathe new life into the hull for many years to come She will, after trials, be allocated to the her new role as part of the Royal Navy surface anti-submarine warfare flotilla based out of Plymouth with the rest of the anti-submarine Type 23 frigates; HMS WESTMINSTER, HMS NORTHUMBERLAND, HMS RICHMOND, HMS SOMERSET, HMS SUTHERAND, HMS KENT and HMS PORTLAND and our affiliation will be formally renewed at the re-dedication ceremony.

The Marketors provide an annual prize for the member of STAL crew that in the view of the Commanding Officer has done most to promote the ship. 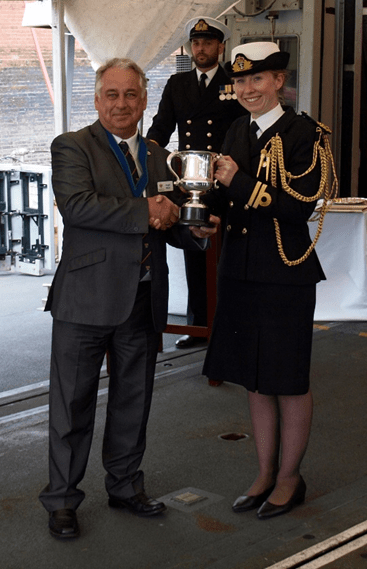 Additionally, the Marketors have provided a number of small items to support STAL, for example formal glassware and a traditional wooden Ukkers games board for the Officers Mess, both of which can be seen below. 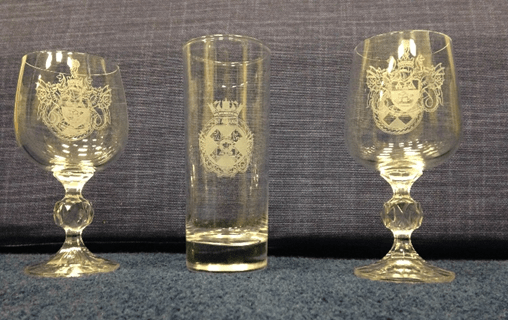 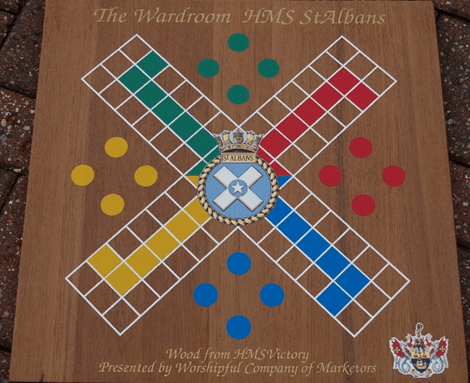