The Nominations Period having closed at the end of April, official confirmation has been received that Past Master Andrew Marsden is the sole candidate for the position of Non-Aldermanic Sheriff in the upcoming Common Hall Elections on June 24th.

Andrew has over 30 years of board level strategy and industry experience in building valued brands, and so has the experience to support the Lord Mayor in the vital mission of promoting our resurgent City at home and abroad. His experience covers a range of sectors including finance, communications, professional services, digital, as well as consumer, travel, hospitality, charity, and government.

He is a persuasive negotiator and communicator having been on both the Governmental Advisory Committee on Advertising and the Armed Forces Communications Capability Review. He also chaired the Advertising Standards Authority Code Review, so he is used to high level negotiation. Similarly, as a former Chairman of the Society of British Advertisers, President of the Marketing Society and Chairman of the Institute of Promotional Marketing, he is a keen advocate of those professional standards so necessary in promoting ourselves internationally.

Andrew is committed to the Livery. As a Past Master Marketor, a Past Warden and Court Assistant of the World Traders, a Court Assistant of the Glaziers, and a Liveryman Stationer, and currently serving the broader livery as Chair of the Financial Services Group and as an elected Member of the Livery Committee, he will actively promote the Livery as the City’s relevant, powerful, and driving force for good it is.

He also has an enviable track record of senior charity involvement. Being a former Trustee of Marie Curie and of CRI - the UK’s largest drug rehabilitation charity, and as a member of the Lord Mayor’s Appeal Board, will enable him to bring his fund and awareness-raising experience to the critical charitable aspects of the Shrieval and civic team roles.

His candidacy has the full support of his partner, Marian. A Liveryman Glazier, she read Applied Physics and later ran her own training and development consultancy for many years. She now manages the family property business so will ably make her own contribution as Shrieval Consort. 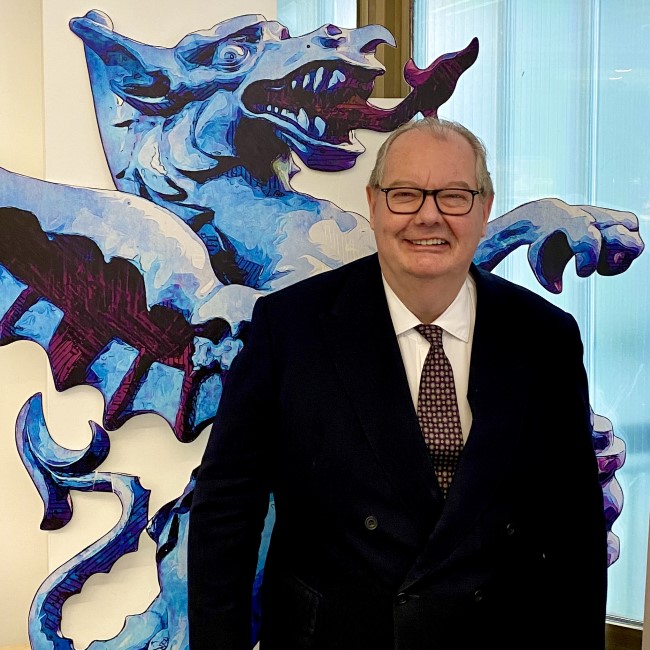 Andrew’s campaign has been exemplary, which is in no small way down to the extraordinary efforts and enthusiastic support of Andrew’s many friends across so many aspects of City life. Indeed at the time of writing Andrew already has pledges of support from the Masters, Wardens and Courts of our Company;  The Worshipful Company of Stationers and Newspaper Makers; The World Traders; The Glaziers and Painters of Glass; The Hackney Carriage Drivers; The Guild of Investment Managers; and more than 875 individuals representing 109 Livery Companies and including Past Lord Mayors; Past Sheriffs; Past and current Livery Masters and Wardens; Presidents of City organisations and senior Common Councilmen.

But despite those facts, it is very important that as many of the Livery as possible be seen to turn up and vote for Andrew on Friday 24th June – this role is, after all, the directly elected Shrieval representative of the Livery as a whole.  After 550 years the Non-Aldermanic Sheriff is the most senior role the Livery have a free vote in.  Common Hall Passes will be provided by our Clerk nearer the date.

Indeed Andrew has made some extremely pertinent comments about the lack of Livery knowledge within The City – and that too many Common Councilmen do not have any Livery involvement. It is therefore very important for the Livery to be seen to be visibly involved in this election – so that Andrew has a clear mandate to promote the Livery whenever appropriate within his Shrieval Year.

So, we must all now plan to attend on the 24th of June to vote for him! I am sure we will be continuing to support Andrew in the upcoming months to ensure he has the wherewithal to undertake the High Office of Sheriff of the City of London, and to fulfil the commitment and promise he has so clearly shown.

For more information about Andrew and the Campaign see andrewmarsden.london