Meeting the Master - An interview with Trevor Brignall 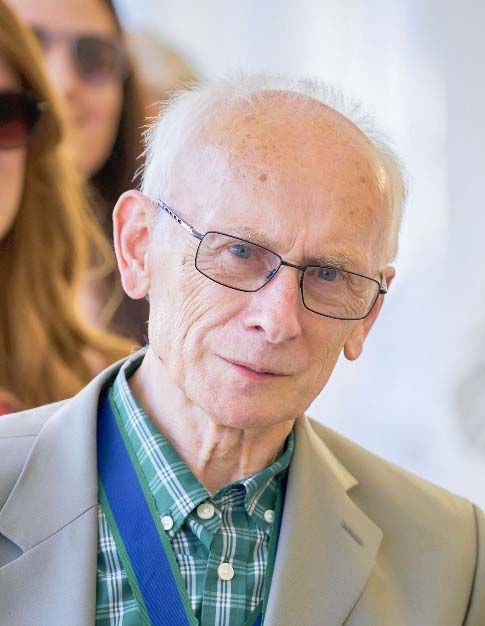 There are people in this world who are kind, intelligent, philanthropic and charitable and, having joined the Marketors, I’ve been really impressed to find such a bunch of people. Trevor is no exception to this rule. Having changed the face of British Cookers, to setting up ‘futurologists’ at BT, the first DIY superstores of Wickes and forming Virgin Media before anyone had even heard much about Richard Branson’s telecommunications empire, Trevor may be a man of few words, but his experience is nothing out of the extraordinary and he truly is a Kingmaker in this world.

The first thing that struck me as we settled into our discussion at the Institute of Directors, Pall Mall on International Women’s Day 2022, was that he is a very modest man whose family descends from the village of Brignall near Greta Bridge, in the same area as Barnard Castle (an inspiration to anyone). He is quiet, curious, calm and collected with a mind like an excel spreadsheet. He’s clearly a numbers man and acutely intelligent, sharp, quick witted and misses nothing.

Trevor started his life being the eternal student, studying at Harvard as well as the UK, amassing a collection of two Doctorates, an MBA and various degrees to boot. He became a Chartered Accountant (inspired by his favourite uncle). His formative years in his 20s living in the States encouraged him to be more entrepreneurial so that he returned to the UK in the ‘80s with a powerful combination of creativity and numerical skills.

His career took a consistent approach working at various blue chip British Companies including British Gas, British Telecom and Wickes. He became a changemaker at each and was there at the time of privatisation, introducing competition for the first time to many industries, giving Trevor the opportunity to flourish in helping identify new opportunities at home and abroad. These skills have continued throughout Trevor’s career.

He demonstrated innovative thinking at British Gas where the switchover to Natural Gas from the North Sea in place of local gasworks production would have made 200,000 people redundant if Trevor hadn’t had the idea to convert this workforce to servicing gas appliances. He also set up the first ‘focus groups’ which revealed that most households wanted to update their cooker yet British Gas only offered one rather dated model look in their showrooms. He initiated discussions with Italian designers and thus, cookers today come in all sorts of fabulous and modern clean designs that we desire today.

What is also interesting about Trevor’s career is that he has always been headhunted to his next roles (though having listened to the differences he has driven, this does not surprise me at all). He was selected by British Telecom to launch a new business and create an enhanced value of the business. In the ‘80s and ‘90s this meant demonstrating the value of new ideas such as cable and satellite, video conference, and mobile communications – to demonstrate their viability and to make a success out of them. It’s very difficult to imagine in these days of iPhones a life without any of these – how rich it must have been to have played a part at the very start of these methods of communication. After this, he started to look at international expansion, setting up coalitions with partners, building upon the name ‘British’ and to put BT in a position to call themselves a truly global infrastructure and thus have a competitive edge.

From BT Trevor was headhunted by what was then called ‘NTL’ (amazing that this is today’s Virgin Media!) His role involved applying to the regulators to enable NTL to obtain a telecoms licence to set up a network and convincing them there was a business, with a payback over 8-12 years. He therefore had to put the case together to show investors that it would be sustainable and make returns eventually. The investment was an eye watering £30 billion, so Trevor was tasked to find an initial core investor and then how to prioritise where the investment would be, to give investors a faster return. The business plan took it from residential to corporate accounts, and Trevor identified that the real value of the investment was from the City of London, so the firm targeted the financial centres which created bigger demand and thereafter a bigger payback.

Having paved the way for Richard Branson to continue to build his empire, Trevor was then headhunted by a US telecoms company to set up their European operation. He knew how to apply to regulators but, of course, this was to obtain 29 licences, not just one across the geography. After 18 months, he had set up the team to action and implement this and see it to fruition. He was then head hunted to be the EU head of a telecoms and IT consultancy and then again by Ernst & Young. This led him to the first global consulting firm that existed, Arthur D Little, where he stayed for three years before becoming Global Head of Consulting at Logica and then on to a law firm which wanted to expand globally and requested his strategic input to do this.

Trevor summarises his strengths as being able to offer a host of different skills to organisations and to apply them to their value chains. He is an entrepreneur and is passionate about diversity and inclusion – condemning the original position of E&Y to only recruit a creamed-off top 25% of Oxford graduates.

His passion for the City of London grew and he recognised that he wanted to give back to society and offer up his skills and talents – which brings him to why he became a Master of a livery company as well as his roles in various other liveries and Wards in the City. Put simply, Trevor wanted to ‘give back’, not just to win in Corporate but also in the City of London.

He continues to work on fundraising and assisting charities, together with the Lord Mayor and the Sheriffs, and advises the City on a range of different matters. He assists future Sheriffs and Shrieval candidates too (including our very own Andrew Marsden, Past Master and current Non-Aldermanic Sheriff candidate). His heroine is Dame Fiona Woolf, only the second woman to be Lord Mayor of the City since it began, and wishes to continue her campaign of creating diversity and inclusion in the City. He would like to see another female Lord Mayor of the City before long.

Asking Trevor about what he has learned most in life, he replied ‘Patience’. It was a phrase used by one of his inspirational senior managers in his life. He told me this was a big lesson in life, to step back, think about what is trying to be done and the reason, before pushing on.

Asked about a ‘light bulb moment’, Trevor comments that this was the point at which he realised that accountancy was all about what had happened in the past, not about the future. He realised that he was really passionate about innovation and entrepreneurship which was the polar opposite to what an accountant was to do. He compared it to driving in fog, when the accountant can always look in the mirror and see where they have been but cannot see what’s ahead. This was the juncture that Trevor changed course and decided that he wanted to try to help shape the future. He likes being a ‘marketing person’, looking forward, rather than an accountant, looking backwards.

I asked Trevor what’s next after his Mastership. In his usual humble response, he compared being the Master to being a Marketing Director (who could change for example the ad agency but not do a lot), or a Football Manager. It’s a short tenure for 12 months, and he is focused on developing the four-year team of Wardens and support who would stay in place and continue his work and the consistency as the next Masters come and go in the Company.

On asking what he would take to a desert island, Trevor would take a ‘Vacheron & Constantin’ watch. Why? Because only a few were manufactured to ensure exclusivity. Being the practical man that he clearly is, he stated that his reason would be that given the value increase whilst he was on the island, he’d be able to sell it upon his return and donate the proceeds to charity.

Trevor is a quiet, unassuming achiever. He is understated, discrete and absolutely fascinating, in fact just like his favourite Swiss Watch. He comments that he considers being a Master a huge privilege. He sees it as an opportunity to serve the Company and its members. He is most looking forward to enhancing the relationship between the Marketors and the City Civic and the wider livery. One of his favourite pieces of music is Roy Orbison’s ‘In Dreams’ which perhaps summarises his mission to sprinkle stardust on the Marketors.

Master, we welcome you and look forward to supporting you in your tenure.